The Trust wishes to update Cobblers supporters on some of the work it has been doing behind the scenes in what has been a busy few weeks.

We appreciate that fans are keen for an update on the East Stand development, following the passing of the end of March deadline which Northampton Borough Council gave the Trust as a reasonable date for these lease issues to have been completed.

It was the Trust which pushed for this date to be made public in the hope that it would spark the required action. Needless to say, we are incredibly disappointed that this deadline has not been met, and will be seeking further clarification from Northampton Borough Council immediately as to why there have been further delays.

In the last month, the Trust has held meetings with both the council and the football club, and we are at the stage now where we are being told conflicting information as to who needs to take the next step to conclude these matters.

Fans are quite rightly fed up with the constant delays, and action is needed now. Therefore, we hope both the council and the club accept our invitations, which will be extended shortly.

Focusing now away from the redevelopment, fans will no doubt have seen the changes that have been made to the ownership structure of the football club - resulting in the departure of 5USport.

Following the announcement last June that 5USport had acquired a controlling interest in the club's parent company Northampton Town Ventures Ltd (NTVL), the Trust initiated its own due diligence on 5USport.

This included checks with credit agencies, a major Chinese bank, counterparty due diligence services and other data providers in mainland China. Our checks showed no violations of the Chinese criminal or civil code, but revealed little about 5USport’s finances.

The Trust's concerns primarily related to the lack of information that was publicly available on this front, notably any profit and loss accounts and balance sheet statements to underpin confidence in 5USport’s ability to support the club financially.

This was compounded by growing unease at the late submission of the NTVL Confirmation Statement, which indicated that the company had not in fact been sold to 5USport, combined with the disclosure at Companies House of a short term loan made to the club in January by David Bower and Kelvin Thomas.

As a meeting had already been scheduled with Kelvin Thomas and other senior staff for March 29, and with the loan seemingly not having been repaid, the Trust put the question of club ownership and finances at the top of its agenda.

This was largely negated after we were informed at the very outset of the meeting that Mr Thomas and David Bower had re-acquired the shares owned by 5USport.

Moving forward the Trust is, as always, willing to assist the club in any way it can - be it on the issues of investment in the club or the redevelopment of Sixfields.

We are keen to help all parties be as transparent as possible in regards to the development plans and how this will benefit both the town and the long-term future of the football club.

We feel this could certainly be helped if the Trust were to regain its place on the board of the football club. We are keen to discuss this issue also with both the council and the club - given that involvement of the supporters’ trust was a stipulation of the memorandum of understanding agreed between the council and Mr Thomas that exonerated the football club of any liability in respect of the £10.25m loan.

As always, our goal is to secure whatever is best for the football club and its supporters, and we sincerely hope that we will be allowed to do this with the co-operation of both the council and the football club.

If supporters wish to get in touch with the Trust regarding anything covered in this statement, or indeed anything you feel hasn’t been covered, we will be happy to hear from you. Please email ntfc_trust@outlook.com 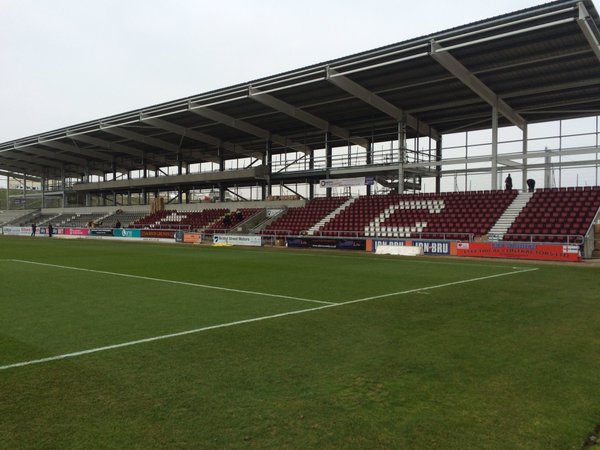