Since last Monday’s public meeting at The Guildhall, various members of the Trust have been working diligently behind the scenes with the aim of getting the best possible outcome for supporters.

Much of what is being done we wish we could publicise, but the sensitive nature of what is happening at the moment means we can’t always do this.

We are prepared to speak to all parties to try and get the voice of Northampton Town supporters heard at the table during discussions over the future of the club.

Our interim supporters’ elected director Stuart Taylor has been in regular contact with David Kennedy, the chief executive of Northampton Borough Council, Kelvin Thomas and other parties.

Throughout this whole process people have asked our board members what we believe to be the best and worst possible outcomes. The situation changes daily, but there are a number of outcomes that are possible:

Now we are calling on all Cobblers fans to show how much they care. An extraordinary meeting of Northampton Borough Council will be held which will discuss the current situation at the Cobblers.

Trust board member Mick Ford will be speaking as part of this debate, while our former supporters’ elected director Tony Clarke will also be speaking in a personal capacity.

We would encourage as many Cobblers fans to go to the council meeting – which takes place at The Guildhall at 6pm on Monday November 2. The motion proposes that the council helps Northampton Town FC and this supporters' trust as much as it can. Let your local council know just how many people care about this club and how vital it is to the community.

Also please make every effort to go to Coventry City if you can. With the winding up petition being heard on November 16 there are no guarantees that this might not be the final away fixture or FA Cup tie in our current form. Again, we really hope this isn’t the case – but it cannot be ruled out.

At this stage we also want to call on fans to offer their help. Some have already done so and their support is greatly appreciated. The Trust cannot function to the level we know it can, and needs to, unless more people get actively involved. We want people to come forward if they feel they can offer us something.

We want people to come forward who can offer professional advice. We need the advice of lawyers, accountants, insolvency experts, campaign funders, graphic designers and people who know how to use social media and can communicate effectively. All of these skills will be vital to the Trust in the next few weeks.

We are not a closed shop or a clique - we are Cobblers’ fans who want as many other fans to be involved as possible, especially if they are experts in the fields mentioned above.

Please get in touch and let us know how you think you could help by emailing ntfc_trust@outlook.com - we really do want to hear from you.

Thanks as always for your support. 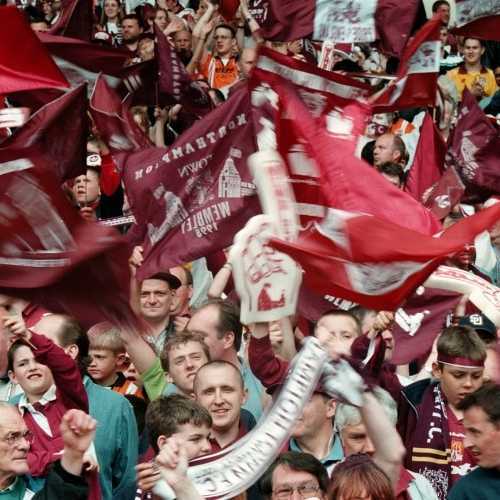