Trust to consult with fans on safe standing

NORTHAMPTON Town Supporters’ Trust is set to consult Cobblers fans on whether they would like to see safe standing introduced at Sixfields.

The Trust will be setting up an online survey in the coming weeks to gather the views of fans as to whether they would like to be given the choice of standing while they watch their side.

Supporters have not been able to legally stand watching Town at home since they made the move to the all-seater Sixfields in 1994 from the County Ground.

But following a meeting of fans with club staff, including chairman Kelvin Thomas in midweek, the Trust has agreed to carry out an online survey and canvass supporters to see if safe standing is something they would like to see.

The Trust will be working during the consultation with members of the 'Standing at Sixfields' group who have been campaigning about the issue on social media.

Safe standing is entirely different to the terracing seen at most football stadiums, including the County Ground, in the 1980s.

It sees each row have a safety barrier and rail seat that can be locked into an upright position, allowing supporters to stand between the barriers. The seats can also be locked down and sat on if required.

Trust board member James Averill said: “After a meeting midweek where chairman Kelvin Thomas said he would like to hear feedback on this issue, the Trust has decided to canvass fans to see whether there is an appetite to see safe standing introduced at Sixfields.

“This is by no means saying that this will definitely happen, it’s purely to see whether there is a desire for the club to explore the option.

“Although there seems to be a lot of support for the idea nationwide, we also want to hear from people who don’t want to see it implemented. We want to get as many views from fans as possible and feed this back to the football club.” 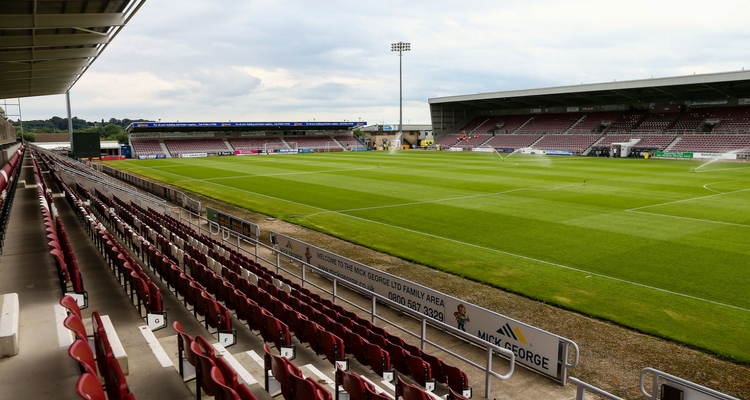