Today has been a testing and concerning day for supporters – and for all of us at the Trust after learning that the football club was being ordered to repay a £10.25million loan in 21 days or face legal action.

Over the course of the day, we have been in touch with Supporters Direct to discuss our next moves. While tomorrow will be too short notice for a second stage of the #WeWantAnswers campaign, Trust members will be at the bottom of the steps at Sixfields.

Our volunteers will be handing out membership forms and able to speak with fans. Now really is the time to join the Trust and strengthen our position, because from now on over what will be a disconcerting few weeks we need to be united.

As well as contacting Supporters Direct, we are making every effort to contact the leaders of the main political parties on Northampton Borough Council in a bid to have a meeting with them next week – and seek some assurances for supporters.

A board meeting was held last night - prior to the news this morning - where the Trust agreed to retain its position of the supporters elected director on the board of the football club.

This followed the resignation of Andy Clarke from the position last week. Efforts are now being made to find a replacement - we will go into more detail as soon as we can.

In the meantime, tomorrow, please get behind Chris Wilder and the players, and give everything you have to cheer them onto three vital points.

Situations will undoubtedly change regularly over the next few weeks, and we will endeavor where we can to keep fans updated. 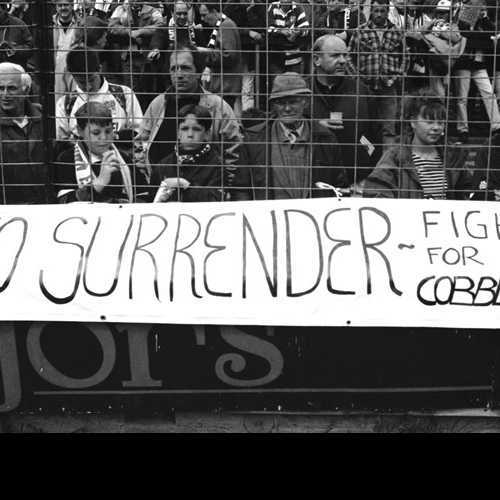