Northampton Town Supporters’ Trust has made a number of decisions as to what money raised through our Crowdfunding appeal should be put towards.

The appeal was launched back in November with the aim of raising funds that could help keep Northampton Town Football Club alive. And the funds raised - £37,000 - certainly helped achieve that goal.

The Trust loaned £10,000 to the football club as a hardship fund that allowed members of staff who had been unpaid for two months to receive money that ensured they could continue to support their families in the lead up to Christmas.

An offer was also made to the club for the Trust to pay for the team coach for the away game at Crawley Town in November, an offer the club took up.

The fundraiser was launched at a time when it appeared there may not be any potential suitors for the football club.

However, since the welcome takeover from Mr Thomas was completed, the rest of the funds have remained safely in the Trust’s guardianship.

As a result of this the Trust recently launched a consultation with supporters to see how they felt the funds could best be served.

Following the results of the consultation, the Trust can confirm it made the following decisions at its latest board meeting on Thursday March 10:

·       To ring-fence £5,000 to donate to the next supporters’ trust of a football club that finds itself in crisis

·       To donate £1,000 to a charity of the choice of the Sky Blues Trust – repaying the generosity of Coventry City fans

Of those who voted in the consultation, 45 per cent felt that the funds would be best served to potentially help the football club if it ever finds itself in such a crisis in the future – a rainy day fund.

Although things have arguably never looked as bright as they have at the moment, we need to learn lessons from our own history, which suggest times may not always be as rosy as they currently are.

This supporters’ trust, the first of its kind, was formed in 1992 as a result of a financial crisis at the club. Since then the club has been on the brink of collapse twice more. This is not a situation that can ever be ruled out again.

Although the funds raised may not be enough to pay off any large HMRC bills run up by any future owners of the football club, it could help the Trust as it has this time: with any legal bills for expert advice, supporting unpaid staff, ensuring fixtures are fulfilled and allowing us to act quickly and efficiently.

A number of fans in the consultation hoped to see funds used towards either the fans village or a training ground.

Following conversations with the chairman, we feel it is very unlikely that any funds will be invested in a training ground scheme.

However, we would not rule out some form of future investment in a fans village from the Trust, and dialogue remains ongoing with the football club surrounding this venture and how we could potentially help.

Fans of various football clubs donated to the fundraising appeal, and the Trust felt it was important to recognise this.

£3,225 of the online donations were marked from fans of other clubs, although more will have kindly donated anonymously.

Therefore the Trust has ring-fenced the sum of £5,000. This will be used to support a fellow footballing trust by means of donations.

Any payments will only be made to other Trusts who are affiliated to Supporters Direct, have been set up in a democratic manner and have a set of rules which govern their business.

As well as our online Crowdfunding appeal, a bucket collection was held at the Coventry City away game, which raised more than £4,000.

The Trust is incredibly grateful for the generosity and friendship shown by the supporters of Coventry that afternoon – so we have agreed to donate £1,000 to a charity nominated by The Sky Blue Trust.

Making a decision on this has been an incredibly tough process, with many different viewpoints to consider.

We hope supporters will understand and appreciate the thought process behind our decisions, and we would like to once again thank everyone who submitted their views.

If you have any further comments to make, we would be happy to hear from you at ntfc_trust@outlook.com. 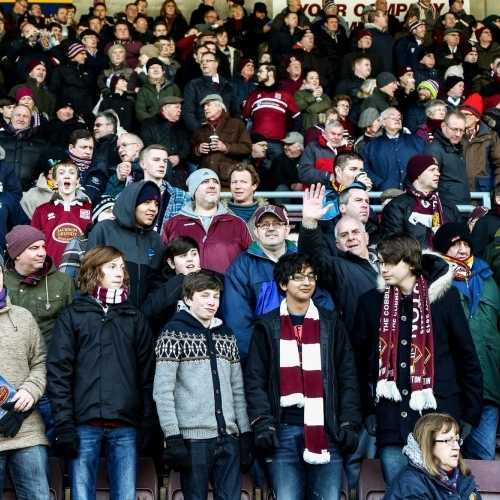