NTFC Supporters Trust is backing the publication of a new book dedicated to the life and times of former Northampton Town legend Dave Bowen, who managed the club during its only season in the top flight of English football.

The Trust has donated £1,000 to Ethan Grande – who wrote the book alongside his grandfather, the late club historian Frank Grande - to help enable the print run of the book, which tells the statistical story of the former Arsenal,
Cobblers and Wales player and manager.

Dave Bowen, with a foreword from Bowen’s son Keith, a former Cobblers striker in the early 1980s, will be on  sale shortly (£19.99). Cynthia Spencer House and a local dementia facility in Northampton will each receive £500 from the book’s sales receipts as part of the Trust’s donation.

Remaining profit from book sales will enable Ethan, who is continuing Frank’s work as the Cobblers historian, to invest in a new Cobblers Past website which will enable him to bring the club’s history to life on an improved digital platform.

Andy Roberts, chairman of NTFC Supporters Trust, said: “We are delighted to be able to support Ethan in the production of this book. “The last time I met Frank he was quite poorly but his clear determination to see this project completed shone through.

“Frank was always a good friend of the Trust and always enjoyed organising reunions for old players. I was also lucky to have a good personal and professional relationship with Frank for many years. “He was a committed family man and this donation presented an excellent opportunity to give Ethan a helping hand in continuing the job his grandfather started in the early 1980s. And also an opportunity to support two excellent local causes. “The book is not only a fantastic tribute to the most influential figure in Cobblers history but, equally, a fitting legacy to Frank’s many years of voluntary service faithfully recording the ups and downs of his beloved Northampton Town.” 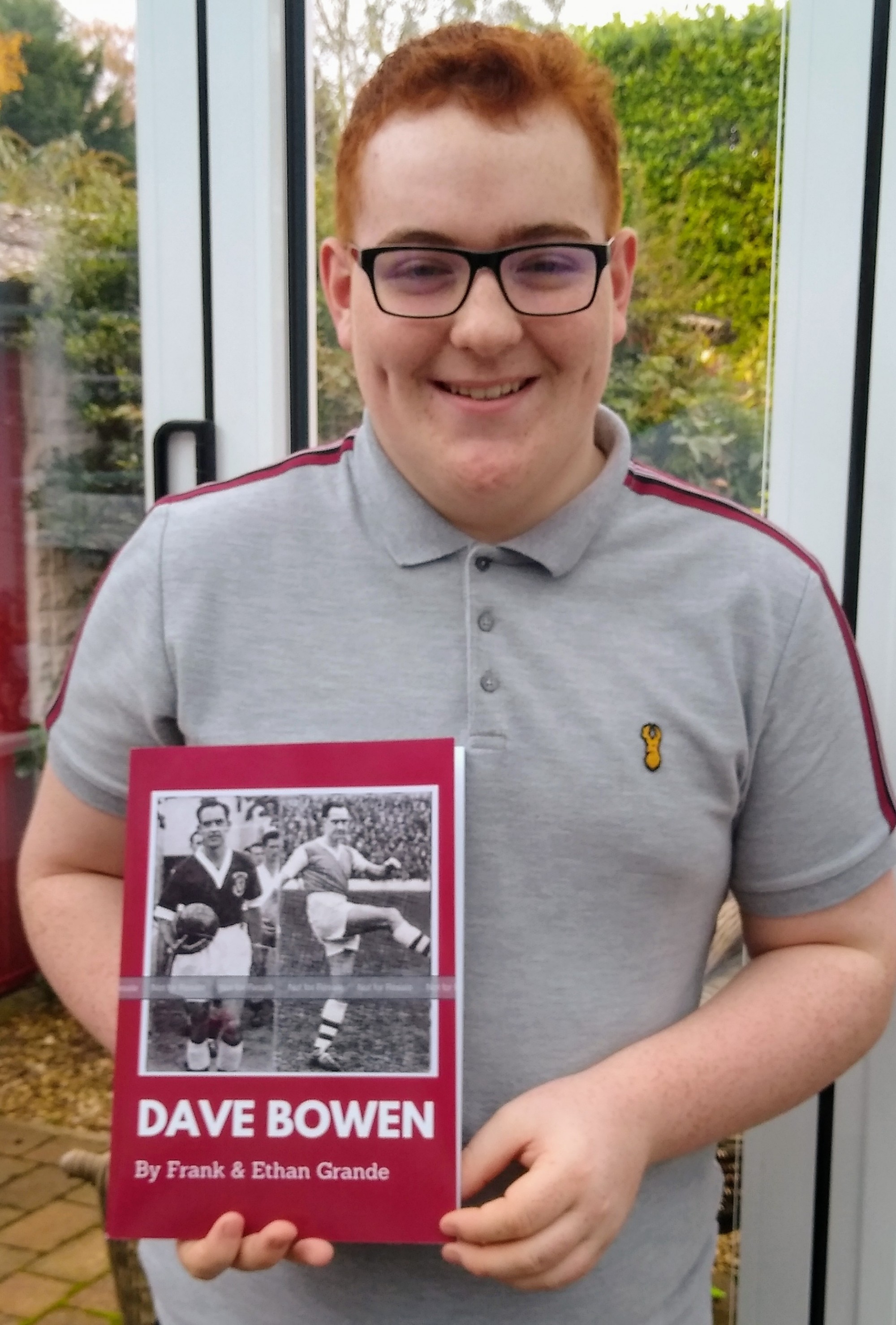