The latest filed accounts for Northampton Town FC Limited reveal that the Cobblers made an operating loss of almost £2.2 million in the year ending 30 June 2018.

During this period, which saw the arrival of manager Jimmy Floyd Hasselbaink and a large turnaround in playing staff, a total of £375,000 was shown as having been invested in player registrations and £41,000 in other assets.

The cash deficit appears to have been funded by £2.6 million of new liabilities owing to Belle De Jour Limited, an offshore company registered in the British Virgin Islands.

There is no reference made in the accounts to any money being received directly into the club from Chinese investors 5U Sports, who were involved with the Cobblers between June 2017 and March 2018.

The Trust has sought independent professional advice in reviewing the annual accounts which will be presented at today’s club annual general meeting of shareholders at Sixfields.

The accounts show that the club’s net current liabilities have significantly worsened over the course of the year and now stand at £5.2 million.

This includes £1.3 million owed to the club’s holding company Northampton Town Ventures Limited and £2.6 million to Belle De Jour Limited, both companies understood to be under the ultimate control of David Bower.

The accounts do not indicate any clear expenditure in the year on the East Stand at Sixfields, with the ‘assets under construction’ costs to date remaining on the books, and not having increased, at slightly more than £2.4 million.

The new liability owing to Belle De Jour Limited provides some comfort in that financial support has continued to have been made available during the year to fund operations. The significant level of this indebtedness is nonetheless naturally of some concern.

The Trust notes that the external auditors have included ‘emphasis of matter’ wording within their audit report, highlighting the continued reliance upon further external financial support.

While the club is still considered to be a going concern, the inclusion of this wording indicates that the auditors share the view that this funding situation creates a material uncertainty surrounding the availability of cash in the coming 12 months. This cash is potentially needed in order for the club to meet its financial obligations as they fall due.

The Trust will seek more up-to-date financial information to establish whether or not the position has further worsened over time since the date of the accounts.

A key question now is how much more money will Mr Bower, or another investor, be prepared to stake - in addition to the significant sums already invested - to continue funding football operations in the hope of making an acceptable return over time, presumably from a successful property deal?

And, should this funding not materialise, is there a back-up plan to provide financial support for the football club? 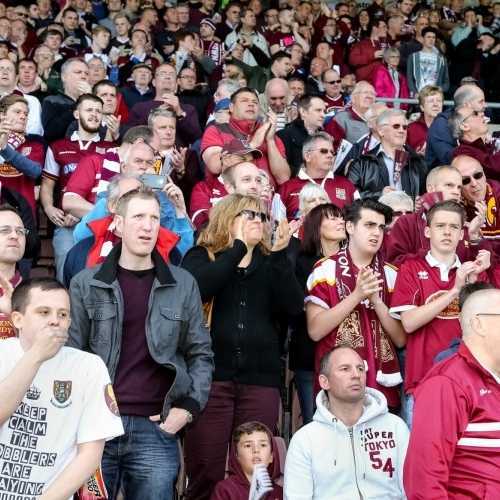