Northampton Town Supporters’ Trust is very relieved and absolutely delighted that the sale of the football club has finally been agreed prior to upcoming legal deadlines.

In what has been undoubtedly the most testing two months in the history of our great club, the Trust has tried its utmost to ensure that any sale that goes through can allow the club to prosper and recover from the desperate situation it currently finds itself in.

Our interim supporters’ elected director Stuart Taylor has been in regular contact with Kelvin Thomas throughout the last few weeks – and now we are looking forward to sitting down once more with Kelvin and his consortium and holding positive discussions as to how the Trust and the broader fan base can assist the new owners in the task of strengthening the club’s financial position and placing the club in a far more positive light.

We are greatly anticipating hearing more about his plans to move the club forward, and we welcome his statement on Friday that he has agreed to fully include the Trust in the future of the club as part of his agreement with the Council.

It has taken so long to agree to this deal, during which many loyal members of staff have been unpaid and the business of the club neglected by the former chairman.

We therefore take this opportunity to publicly thank those loyal staff for their unstinting loyalty to NTFC and hope that prompt repayment is forthcoming to them in the run up to Christmas.

We have throughout this crisis tried to focus on the need to rescue the club and to work with all parties to achieve this.

Like all Cobblers fans will be, we are relieved that David Cardoza has finally done the right thing and sold his stake on, as a consequence departing the football club.

There is still much work to do, we need to recover our reputation with local creditors, our staff and many others in the football world.

We hope that the East Stand is completed as soon as possible, and we need to work with the Council to assist them in recovering the monies they lent to the club for which NTFC has seen no material benefit.

And we have to reward the incredible efforts of the playing staff and management and continue to support their drive for promotion. Chris Wilder and his staff and players have been a credit to football and we are indebted to them for their professionalism and loyalty.

We now look forward to discussing these next steps in more detail with Kelvin and his consortium members. 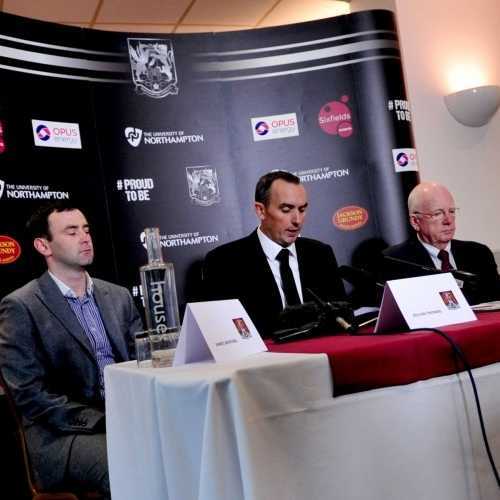