The Trust was deeply saddened to learn of the death of Phil Frost on January 16.

Phil was a pioneer of the Supporters Trust movement in Northampton – he and Brian Lomax, who died in November last year, were the first supporters to join Northampton Town Football Club’s board of directors in 1992.

Phil and Brian had joined forces following the public meeting at the Exeter Rooms 24 years ago, which had been called to galvanise fan power and save the club from going to the wall under then chairman Michael McRitchie.

It was also Phil who, after talking with the then chairman, persuaded Michael McRitchie to leave the football club.

The administrator Barry Ward, appointed to oversee the rescue of the club in April 1992, invited Brian and Phil onto the board as supporter representatives.

Brian admitted that he and Phil were as different as chalk and cheese but their partnership clicked.

Phil owned a town centre business, Frost Furnishings in Gold Street, and had carried out work at a hostel for some of the youth team players for previous chairman Dick Underwood.

His brief was to use his commercial nous to rally support for the cause, leaving Brian free to exercise his skills in diplomacy and public speaking as the Trust’s figurehead.

After leaving his position on the board of directors and the Trust board, Phil took a back seat but came to the fore once more in recent months with social media opinions about the perilous position the club once more found itself in towards the end of 2015.

And so we have lost two Trust pioneers – for the game nationally as well as locally - within the space of a few months.

The Trust sends its condolences to Phil’s family – with thanks for everything that Phil did in ensuring that the club remains in existence today. 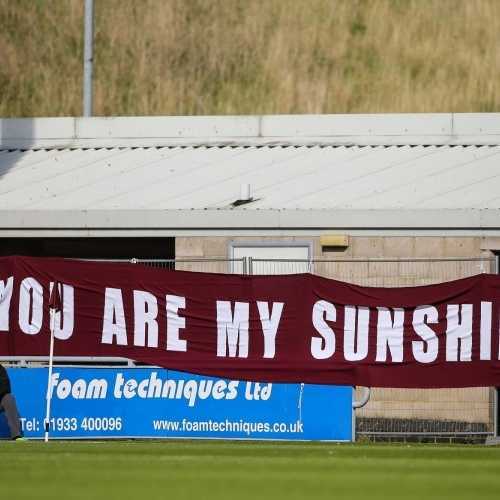