Although these should not be considered as official minutes of the meeting, this is fair and contemporaneous report of proceedings at the meeting for the benefit of members who could not make it to the meeting.

The meeting heard and noted apologies from a number of members

The minutes from the Annual General Meeting in 2014 were recorded as accurate, and adopted after a vote by members.

Members were asked to vote on an amendment concerning how candidates are chosen for the position of the Supporters’ Representative on the board of the football club.

Current rules state that anyone wishing to stand for this position needs to have held a position on the Trust board for at least two years.

The new motion would change this to allow anyone who has had at least two years of consecutive membership to stand for the position, regardless of whether they are currently on the board.

It was stated that the reason for this amendment was to widen the pool of people who potentially wished to stand for the position.

“First of all I’d like to welcome all of you to our 2015 AGM, especially if you have recently joined the Trust and also a big welcome to a new board member, Kevin Simons and a returning board member Tony Clarke.

“The last three months have been extremely hectic for the Trust with sometimes three board meetings a week.

“It all began with the first #WeWantAnswers protest at the Oxford United match in September when a clear picture of the situation at Sixfields started to appear.

“The more information that came out, the worse the outlook for NTFC got and after the Indian consortium bid collapsed, I think we all realised the seriousness of situation.

“Various names were banded about for takeovers and Stuart Taylor and myself met up with Kelvin Thomas when his name first became public. The meeting was at his suggestion, which I thought was a good start. But the longer the deal took, the more worried every one became.

“The Trust then decided that we needed a backup plan if the deal collapsed so we engaged a Corporate Recovery expert, who came highly recommended by Wycombe Wanderers Supporters’ Trust and his name is Don Woodward.

“With the help of Don’s knowledge, the Trust set up numerous meetings with Northampton Borough Council and I’m pleased to say that a lot of Don’s ideas have been incorporated in the deal that Kelvin has done with the council.

“Like I’ve said it has been an extremely hectic few months for all the Trust board and I’d like to thank each and every one of them for their efforts on behalf of their fellow fans.

“My son, James Averill, has spent hours drafting statements and doing media interviews, Kevin Simons has been incredibly helpful with his knowledge of Corporate law and his ability to track down fine details of various companies involved with NTFC.

“Also Trina Smith deserves a special mention for counting up and banking all the money collected in the bucket collections at Coventry and Sixfields. I know she was still counting in the early hours of Sunday morning after the Coventry game.

“I think all Cobblers fans will join me in thanking all the staff at NTFC for keeping the club going whilst not being paid, we owe them a great debt. And what can you say about Chris Wider and his team? They have been an absolute credit to themselves and to NTFC

“I think it’s also right to say thanks to David Jackson, Barry Stonhill, Barry Hancock and Brian Binley, who were also on standby with a rescue package if needed but it seems that Kelvin’s package has been accepted.

“I’ll close with the hope that when we meet for next year’s AGM we are discussing a League One club.”

“Since the last AGM, there have been 14 board meetings, all of which have been quorate. There was no meeting in August, although recently we have had to have two extra meetings and one emergency board meeting.

“The board’s meetings have been held in the Guildhall, Sixfields and here at Cheyne Walk Club.

“Therefore I would like to thank all our hosts for letting the Trust board use their facilities and for their hospitality.

“Attendance at board meetings have been steady throughout the year, with the average attendance being 78 per cent, which was a 10 per cent improvement on the previous year. The board has welcomed 15 visitors to nine of our meetings.

“At this AGM, there are seven posts to fill as four existing board members are up for re-election.”

The membership now stands at about 850 members, with a number of applications to still process.

Records for Trust’s membership stretch back to 1999, and this is the highest number of members the Trust has ever had.

“The accounts for the year ending August 31 show that fundraising activities generated funds of just over £6,360.

“This is a smaller amount than was raised in the previous year, due mainly to the reduced income from car boot sales – which were not as well attended due to poor weather.

“However we still raised funds to enable the Trust to assist NTFC by making a payment towards the new tunnel, and also continue supporting the Multi-Disabled team, Football in the Community and the Youth Team.

“Thanks go to the band of Trust members who have helped at these events and of course to the members of the multi-disabled team who collect donations from car park users.

Membership income has shown an increase but we must be mindful that in the future we must generate income from as many sources and events as possible.

“We continue to maintain a reasonable balance at the bank to ensure that any liabilities can be met.

“The accounts up to August 31 do not include the recent fundraising efforts to cover a range of possibilities following the well-documented problems at NTFC.

“How this additional income is dealt with remains to be decided, but a huge thank you must go to everyone who has donated and raised funds.

Finally, my continued thanks to Clifford Towers for the help and guidance provided to us “over many years.”

Appointment of Board Members

A number of positions were vacant, but there were enough vacancies to ensure that all members who had put themselves forward to be a board member were elected unopposed.

Three new faces were welcomed to the board – Barry Collins, Andy Roberts and Nigel Bird.

Barry Collins returns as a Trust board member having been an established member in the early days of the Trust alongside Brian Lomax.

Many Cobblers fans will know Andy Roberts as the former Northampton Town football correspondent for the Northampton Chronicle and Echo. Andy has been a key figure helping the Trust board out in the last couple of months.

And Nigel Bird will be known to many as a moderator of The Hotel End internet forum, and a friend of the Trust for many years.

Those who attended the AGM were informed that the Trust has no legal right to have a representative on the board of the football club.

This was discovered after Andy Clarke resigned from his position following the #WeWantAnswers campaign; as it emerged that the Articles of Association of the football club had been changed and made no mention of Trust representation.

After Andy Clarke’s resignation in September, our membership secretary Stuart Taylor took on the position on an interim basis.

In this position Stuart has been the point of contact for Kelvin Thomas during his talks of the proposed takeover of the football club.

The Trust made it clear to members that discussions would need to take place with Kelvin Thomas to work out what role the Trust can play in the future.

We are however encouraged by the Memorandum of Understanding between Northampton Borough Council and Kelvin Thomas.

This states that: “the football club will establish arrangements with the supporters’ trust for their involvement in the football club as soon as possible and at the latest by March 31, 2016.”

Until such discussions had taken place between the Trust and Kelvin Thomas, it was agreed that Stuart Taylor should remain the interim leader of the Trust, to ensure continuity as the Trust’s point of contact with Mr Thomas. 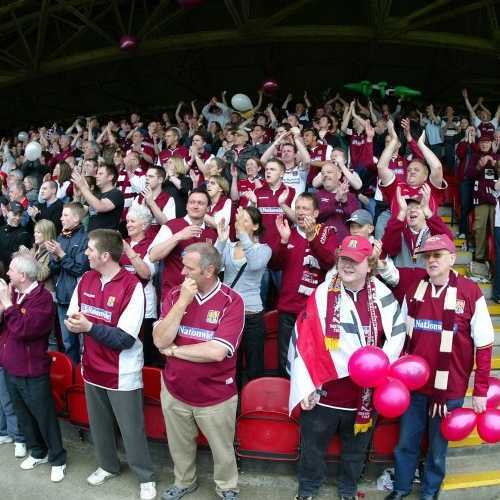