Northampton Town Supporters Trust has been forced to withdraw the development plan it was seeking to bring forward for the old athletics track land behind the East Stand at Sixfields.

The Trust's joint venture partner, Northampton-based Goodwill Solutions CIC, had devised a robust and fully-costed business plan for the 3.61 acres site (an Asset of Community Value) which would have delivered investment in the infrastructure of the football club in the short to medium term.

This plan was presented to West Northamptonshire Council's leadership team at a meeting on 27 June 2022.

But it seems that shortly after the meeting information was leaked and Goodwill came under intense pressure from several quarters to withdraw from its involvement in the plan.

Among those applying the pressure, via a telephone call to Goodwill, was Cobblers chairman Kelvin Thomas.

According to Goodwill's projections, the plan would have yielded profit for the Trust of up to £250,000 a year from a commercial Boxpark development and a lorry park, which would have flexed as a fanzone on matchdays. The plan also included car parking directly behind the East Stand of the stadium.

This development profit would have been placed by the Trust in an infrastructure fund and the money would have been ring fenced to build the club's asset base and improve facilities at the stadium, thereby enhancing the matchday experience for Cobblers fans.

There has been little or no investment in the stadium since 2015 other than the installation of seats in the unfinished East Stand.

We would question why any football club chairman would go out of his way to stop supporters from embarking on a scheme that would provide his club with ongoing funds - especially when the club's owners have shown no interest in this piece of land previously, it being adjacent to the stadium and subject to a long lease.

The owners also failed to sit down with a developer looking to deliver a fan-led New Hotel End project at Sixfields.

Andy Roberts, chair of Northampton Town Supporters Trust, said: "We have always said that this land at Sixfields should be ring fenced for club and community benefit.

"We believed our partnership with Goodwill would have delivered a viable and imaginative plan for the land which ticked so many boxes for both the football club, its supporters, visiting supporters and the town of Northampton.

"But it now appears that significant pressure was placed on Goodwill to withdraw.

"The intervention from the club chairman came as no great surprise, indeed we warned Goodwill that it was likely.

"It is the latest in a series of actions by the club's owners and executive, over many years, designed to undermine and discredit the Trust.

"The intervention is even more disappointing, given that the deal the owners have on the table with the council in no way guarantees the East Stand being completed, nor does it provide for any ongoing investment benefit for our football club.

"We question, as all supporters should, as to why  there is no longer any guarantee of the stand's completion in the plan of the club owners?

"It should be the foundation stone of any deal under consideration and the fact that it isn't is entirely unacceptable.

"After all, the owners have been at the club for almost seven years. They promised to finish the stand in 2015 and were given the green light to do so three years later.

"They have done nothing and there is no certainty that anything will be done.

"The Trust will now continue to explore other options for the old athletics track land in the time available to us."

The Supporters Trust has until 3 September to make a bid to buy the land behind the East Stand - the old athletics track land, comprising 3.61 acres. There is no obligation on the freehold owners, West Northamptonshire Council, to accept the bid. 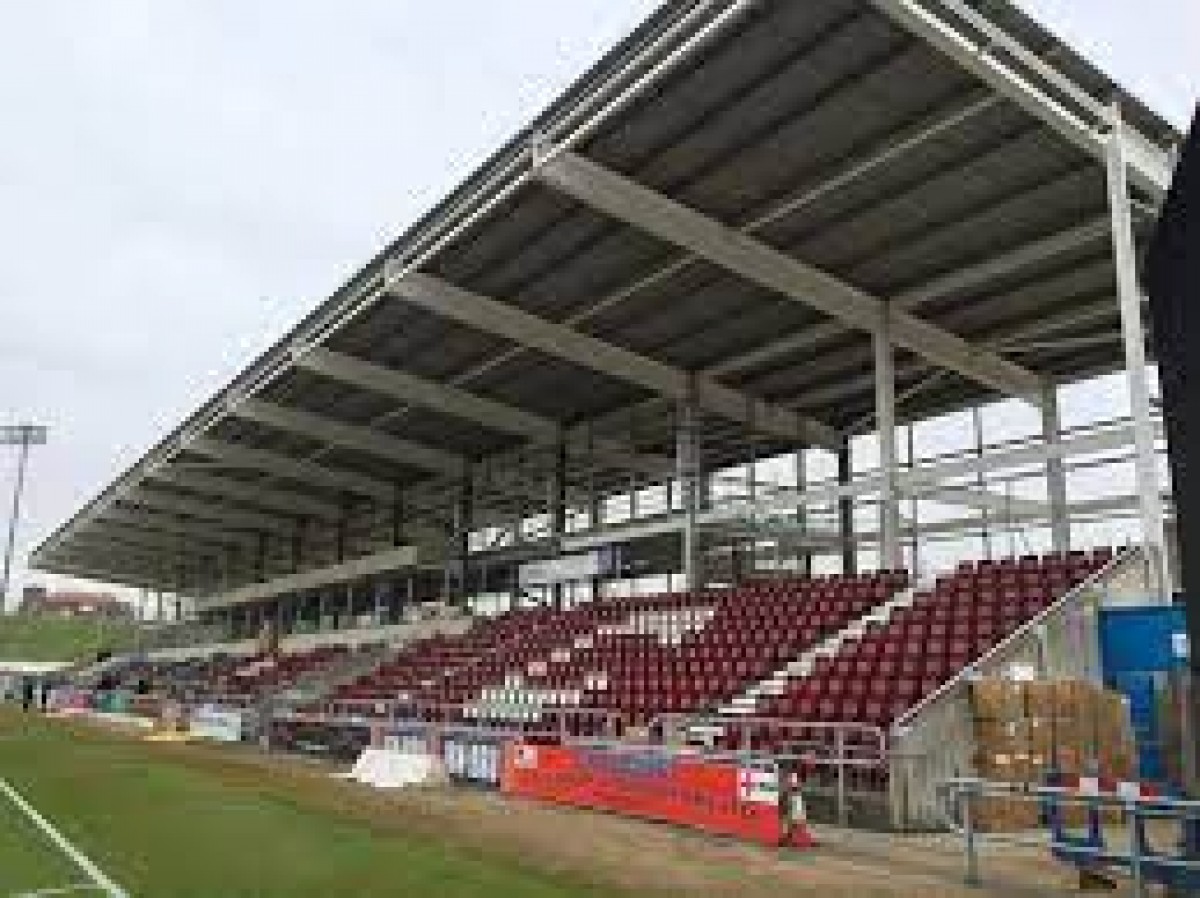