NOTES ON THE MEETING WITH WNC

Trust board and advisers:

JN opened the meeting with a summary of the proposals released late that afternoon.

He stated that West Northamptonshire Council (WNC) had received an unsolicited offer from Cilldara to buy the non-ACV land at Sixfields, with an opening bid of £1.8 million, subsequently increased to £2.05 million.

These offers were well in excess of the £890,000 provisionally agreed with NTFC.

JN stressed that WNC had not invited new offers for the land and that Cilldara had acted on their own initiative.

Despite the higher offer on the table, WNC considered that the NTFC bid was preferred, as there would be considerable problems terminating the existing leases, relying on the break clauses and having to wait until 2024 until the break clauses could be triggered. WNC had taken legal advice and had also obtained an opinion from their auditors.

KS questioned whether it might have been advisable to put the land out to tender.

WNC felt that the issues with the Cilldara bid would be similar with any other potential buyer, and there was the added issue that a bid from any party other than NTFC would have to be struck separately from matters relating to completion of the East Stand.

JN reported that WNC had moved forward to consider the quality of the finished East Stand, including a minimum of 10 executive boxes, food and drink outlets and disabled supporters’ facilities.

GE raised questions about the ACV land. As the Cilldara bid was for the non-ACV land and the NTFC deal included it, the comparison was not like-for-like.

JM stated the Trust position that we feel it imperative to protect the ACV land for the benefit of the football club.

JM asked JN why County Developments Northampton Ltd (CDNL) was the contracting party for the current proposal and not NTFC?

JM explained that once agreemenst were in place between CDNL and WNC there would be an immediate significant increase in the asset value of CDNL.

At that time there would be nothing to prevent the club’s owners selling CDNL to a real time developer, moving the sale proceeds through NTFC and onwards to Dubai/BVI paying down the internal debt.

The Trust attendees expressed their serious concerns about the possible consequences of the ACV land being sold for development, and there was some discussion on alternative uses of the land that might benefit the club moving forward.

These included further development of the stadium, the ‘New Hotel End’ project and so on, possibly under the auspices of an Infrastructure Foundation.

It was generally accepted that the owners of the club will sell the land for a profit and then quickly divest their interest in NTFC companies, with no enthusiasm for addressing longer-term development opportunities.

The meeting also discussed the option of demolishing the existing East Stand and starting again.

Although the owners have considered this in the past and dismissed the idea on costs grounds, KS reported that market conditions had changed due to the rise in the value of building materials/steel and this option was deserving of further consideration.

KS commented that recently the owners of an industrial site at Corby had been quoted £2 million for demolition and so they decided to put the job out to competitive tender.  The winning bid for demolition and clearance of the site was for £1.00 for the reasons outlined.

There was some discussion on the value of the land and potential outcomes of sale for the future of the club and its supporters.

The Trust attendees stressed the importance of the ACV land to the club while also accepting that the owners have a right to make a fair return on their risk capital.

However, KS explained that the Trust had taken independent expert advice from Delta Simons and that there was good reason to expect the land to be worth more that that indicated by the valuation company.

JM said that David Bower had told a Trust meeting 18 months or so ago that he thought the value of the land was approximately £1 million per acre.

KS said that this figure was borne out in discussions with  a developer with significant knowledge of the Sixfields site.

ER stated that the ACV only provided limited protection, as beneficiaries had six weeks to make a bid to buy the ACV land then six months to raise the finance.

She asked if other protections might be considered.  JM said that restrictive covenants could be registered against in the title to the land which would prohibit a sale or development of the land without there being a direct benefit to the football and not its owners whoever they may be at the time. The meeting agreed that this was worthy of further discussion.

The meeting discussed the risks of the club’s debt escalating if the owners decide to finance completion of the East Stand with debt finance.

It was also agreed that completion costs could be uplifted further by loading other costs on the project, such as consulting fees, further increasing the club’s indebtedness.

At the end of the meeting, JN summarised the questions and concerns raised and stated that he would circulate these. 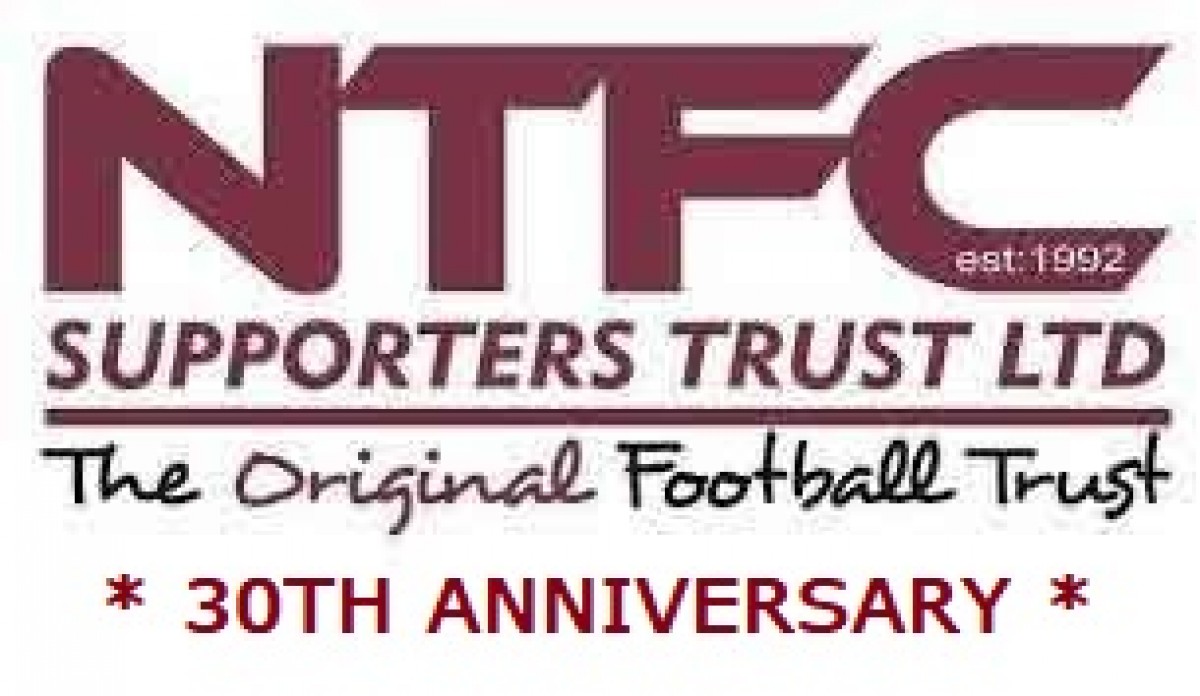