A big well done to Karolina Kowalctzyk from Spring Lane school who was the winner of the Tull 100 tee-shirt design competition which the Trust organised alongside Northampton Town's Community Trust.

Karolina designed a #NOBARRIERS message in subtle rose, black and grey shades illustrating the barriers overcome by black role model Walter Tull in establishing himself as a respected professional footballer and high-ranking soldier, who paid with his life in the First World War.

Karolina is pictured with other prizewinners, including Lucy Barr and Tilly Duckett from Millway Primary school, alongside Junior Morias before Saturday's home game with Crewe Alexandra.

Andy Roberts, chair of NTFC Supporters Trust, said: "The message is clear - the Trust and Northampton Town FC will work together to ensure that there are no barriers getting in the way of anyone's enjoyment of watching football at Sixfields.

"Walter Tull led by example in breaking down barriers and we were honoured that Walter's great nephew Ed Finlayson joined us for the game on Saturday.

"Congratulations to Karolina and the other prizewinners - we hope you enjoyed your afternoon at the football and seeing the Cobblers players warm up in the No Barriers shirts.

"And a big thank you to the club's Community Trust, especially Lucan Burge, who organised the competition and made sure the youngsters had a day to remember." 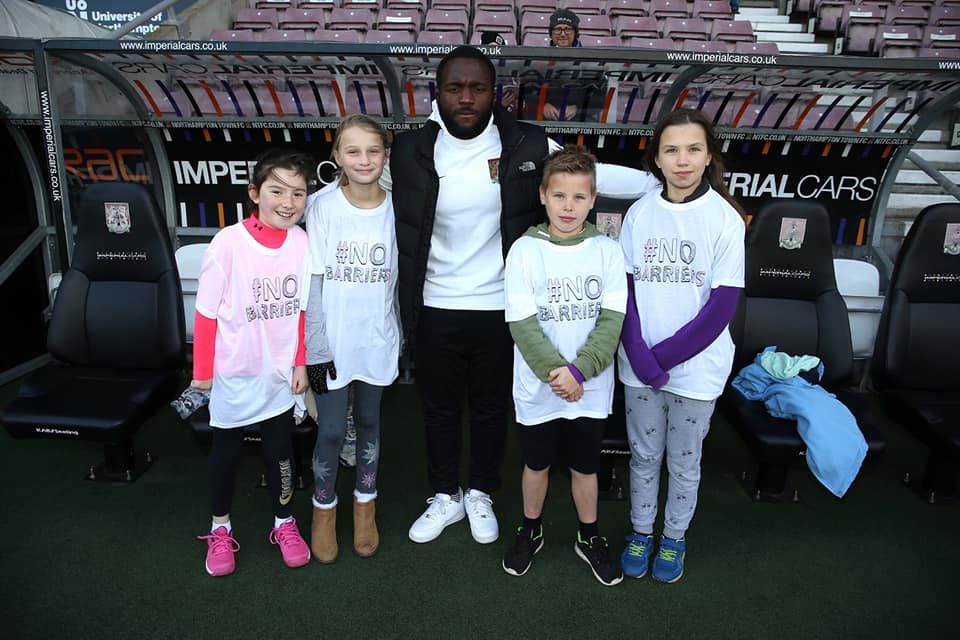 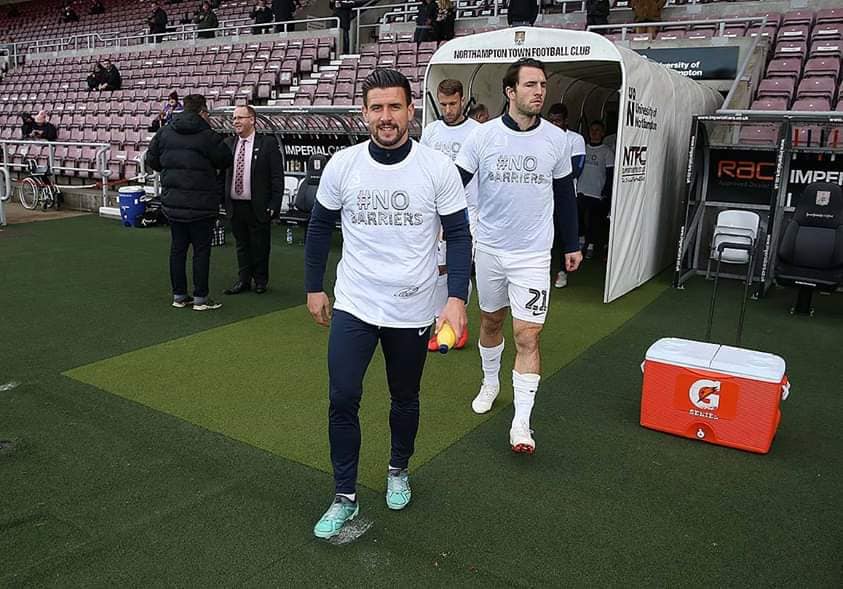 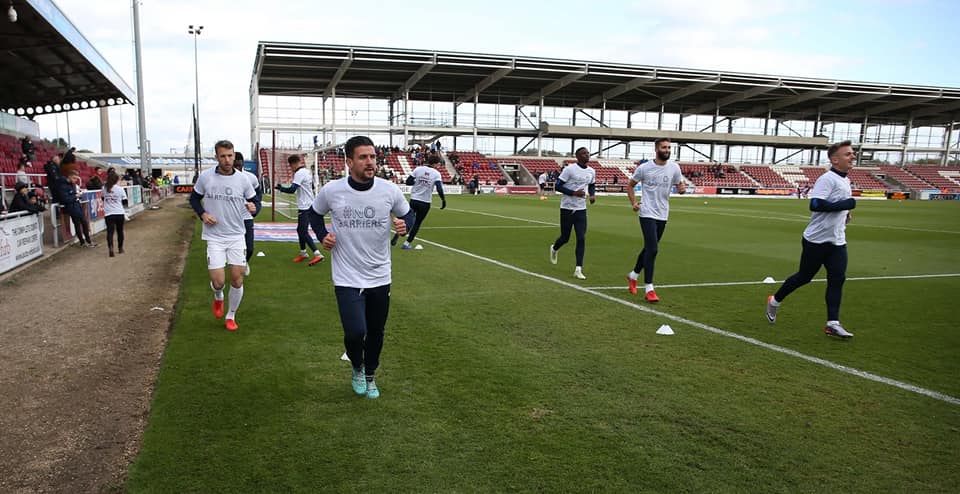