The Trust is delighted to announce that it has offered honorary membership to Walter Tull's great nephew Ed Finalyson and also to Tull's historian, Phil Vasili.

Both Ed and Phil were guests of the Trust at the recent Remembrance fixture against Crewe Alexandra at Sixfields.

The offers were made, and accepted, at the game and the offer has been formalised by membership secretary Stuart Taylor.

We look forward to meeting up with Ed (fourth from left in the group photo) and Phil (third from left) again before too long! 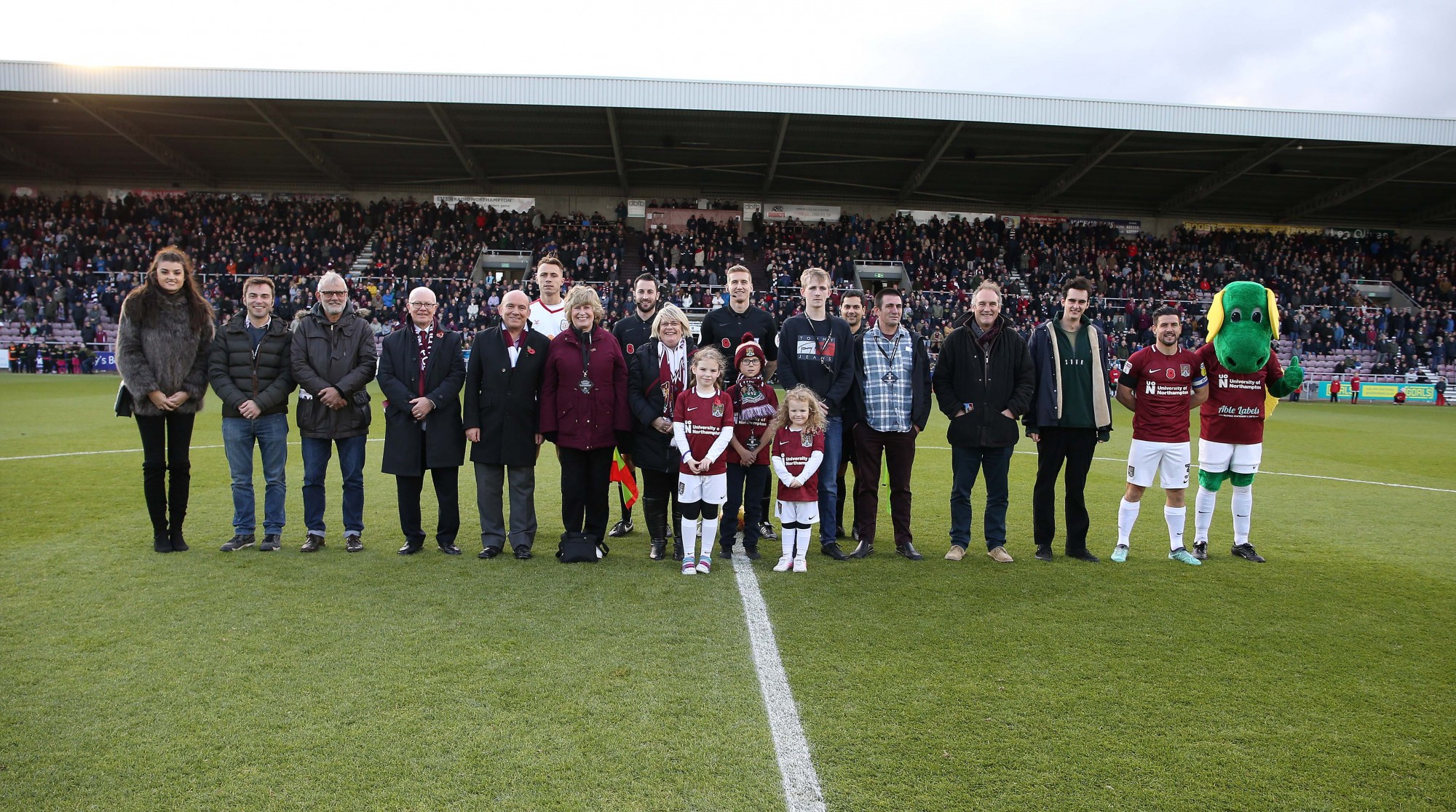