Consultation to be held with supporters following fundraising efforts

Northampton Town Supporters’ Trust is launching a consultation with fans to see how it thinks money that was recently raised could be put to some use.

The Crowdfunding campaign was started at a bleak time when it did not appear that a new owner was on the horizon, and every penny was possibly needed to save the football club.

Staff and players had been working unpaid and a sizeable tax sum of £166,000 was owed to HMRC, with a court hearing imminent that could potentially have liquidated the football club.

When people donated to the fund, it was made clear that the funds would be used for the following aim:

“To deliver a healthier voice for supporters in any club going forwards. This may mean negotiating with a new owner, administrators or the establishment of a phoenix club.”

Thankfully no phoenix club was needed, and neither did the club go into administration following the purchase of the football club by Kelvin Thomas.

Mr Thomas also immediately paid off the HMRC debt, which means the funds will now be used to give supporters that ‘healthier voice’ that we pledged to do.

With the generosity of Cobblers fans and some fans of other clubs, the Trust received £37,909 at the end of the online campaign – and the Trust would like to thank everyone who donated to the cause.

Some of the funds raised were immediately used with a £10,000 loan to the football club to be used as a hardship fund for non-playing staff, which was given shortly before Mr Thomas completed his takeover.

Since then we know fans have been eager to find out what is happening with the money, but the Trust felt it was only right to hold proper discussions with the new chairman.

Ideas discussed with the chairman recently include a new fans village and money towards a training ground.

Having also taken on board the views of Trust members and the wider fanbase, we believe it is only right to consider whether any funds should go towards community projects run by the football club and Football In The Community, or to Supporters Direct - or whether the funds should be set aside for future use if such an event happens again.

The Trust is aware that not all fans will agree as to how the money is spent, as everyone has their own views on what it should be spent on.

But feedback from fans can help guide the decision-making process for the Trust board, and it is guidance that we welcome.

Fans can either visit our online survey to submit their views by visiting the following link: https://www.surveymonkey.co.uk/r/6GRBFQM

Alternatively they can email their thoughts to ntfc_trust@outlook.com, along with their name and contact details.

Fans can choose to select more than one option if they wish, and the deadline for submission of views is at 10pm on Sunday January 31. 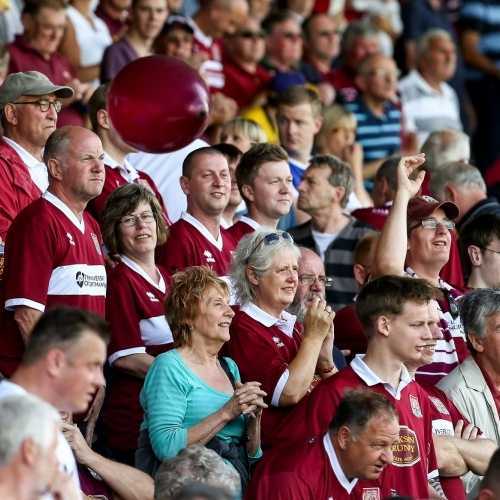