NTFC Supporters Trust is both frustrated and concerned by the apparent lack of progress around finishing off the stadium’s half-built east stand.

The green light for completion was given at Northampton Borough Council’s cabinet on 13 June but what sounded a relatively simple legal rectification of the stadium land leases is, three months on, seemingly still unresolved.

Northampton Town FC said in a club statement: “Thank you for the Trust enquiry and, as was said at the time, the decision at the cabinet meeting was an instruction to allow the officers to get on with the process, but there is still legal process to follow. The good news is that the club has a very positive dialogue with the new chief executive and his team at the council and we are working together to move matters along in a sensible manner.”

A spokesperson for Northampton Borough Council said: “The council has been working closely with the football club during the past few months to ensure the final agreements fully reflect its requirements. There is still work to be done but both parties are working together to finalise this.”

Andy Roberts, chair of NTFC Supporters Trust, said that the club’s supporters now require a clear statement of intent around the east stand development, not least how and when the development should progress in the event of a change in the club’s ownership.

“We need reassurance that the council and football club are working together in the best interests of retaining a thriving, ambitious and progressive football club in Northampton, one that is rooted in the community.

“The continuing stalemate is disappointing as we have been told that the money is there, and plans are in place, for the building work on the stand to be finished off.

“Both the council and the club’s owners may presently have a different focus, we understand that, but the club’s supporters deserve better than this.” 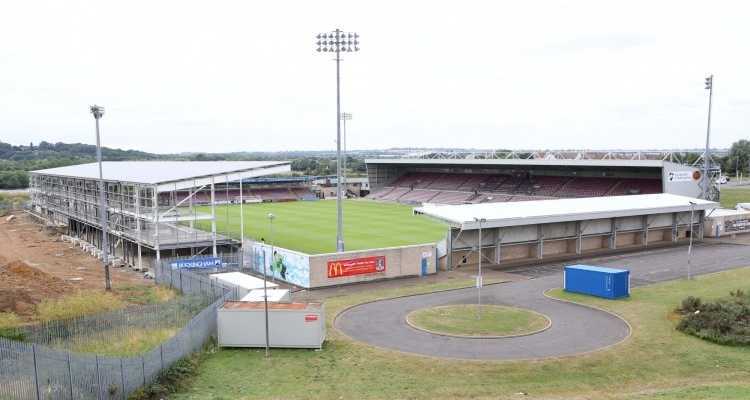