Following the Cobblers being drawn against Manchester United at home in the EFL Cup, the Trust wishes to pen this open letter to the football club:

Who would have thought 12 months ago and over the months that followed that we'd now be drawn at home in the next round to Jose Mourinho and his Manchester United side?

A huge congratulations to everyone involved in securing this dream tie.

The draw has inevitably stirred much debate about ticket pricing and ticket prioritisation for this tie amongst fans on the local radio stations, newspapers and on social media.

The Supporters’ Trust held a regular board meeting on Thursday evening (August 25) and discussed the football club's statement on ticket prioritisation.

While appreciative that any proposal is unlikely to satisfy all fans, we feel it would be useful in future for the club to consult with the Trust and wider fan base for suggestions on what is always an emotive issue when tickets are going to be in short supply.

There's little doubt that fans who show their commitment to NTFC through the purchase of a season ticket should have first priority, and we believe that season ticket holders should not experience a big hike in the price of tickets for this game as they did back in our last tie against Manchester United in 2004.

However, the notion that priority should then be given to those buying a membership was considered to be unfair to supporters who may have regularly purchased tickets over the darkest days of the last year.

It also may confer priority on fans who have never watched the Cobblers and opens the membership and home seating areas up to locally based Manchester United fans, for whom a combined £25 membership fee and a £22 match ticket is a bargain in comparison to attending a match at Old Trafford.

The Trust would like to see priority given, if possible, to those fans who purchased tickets for the West Brom match and/or other home matches this season.

An alternative could be to offer a '£100 for five home matches' package to include the Manchester United tie, plus the home league games against Walsall, Southend, Bristol Rovers and Millwall.

We feel this would result in a much higher overall incremental income to the club, and encourage a higher home attendance for those important games.

We hope that it is still not too late for the football club to consider these ideas before finalising the ticketing arrangements for the Manchester United game, and that the Trust and the wider fan base are consulted on issues such as these in the future. 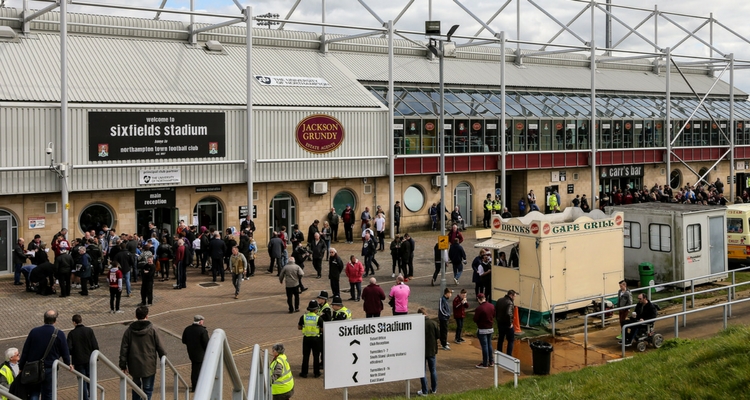